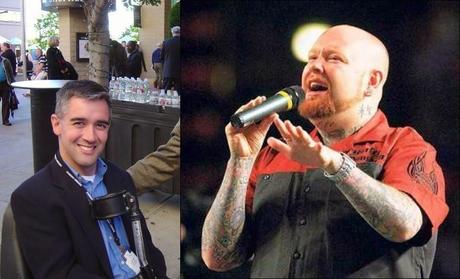 I am all for rebuking Todd Bently, but Justin Peter posing as redneck person? Is he really faking it? Has he ever stopped to think that God will punish him for lying?

People criticise me for criticising John McArthur, for saying that certain things of his are wrong. So the logic goes that I am trying to make myself famous on JM’s back. On could easily fall into the same conclusion watching Peters.

The other thing that I see, is that shows like Fighthing for the Faith, or Todd Friel, they don’t seem to haven an issue with Peters hiding his identity to others to make his point. In other words, right out lying is ok if you are attacking a false prophet?

I can understand that Justin Peters may be bitter for not being healed. I myself need healing of a condition that I have come up to the front and prayed for it to go away. But to turn your frustration into a whole theology, that’s serious!!!

Well, here it’s an insightful critique to this type of Calvinists.

I think it’s both ironic and sad the harshest and nastiest critics of the charismatic movement are promoting a doctrine called Calvinism, which says God chooses some people to heaven and some to hell and man has no ability to choose. If you believe that, what’s the point of warning about false prophets, if God already chosen who He was going to save and there is nothing anyone can do about it. If you really are a calvinist, stop evangelizing for calvinism as if people can what they can believe. If you want to evangelize like arminian, believe like an arminian or else stop wasting people’s time.

And here it’s the confrontation that some have said it was a big heroic one by Peters, yet, it was just another show of what happens when false theologies collide.

The Birth of Congregationalism, 19 of June 1567

Why are Brazil’s Catholics becoming Protestants?

Blood Moons as a sign for Israel debunked, easily!!!

Lesson 6. The Prophets of God

Jacob Prasch calls John McArthur for what he is. Watch and see!

Meet the coming Antichrist according to William Tapley – A puppy!!!