STANDING FIRM IN THE FAITH 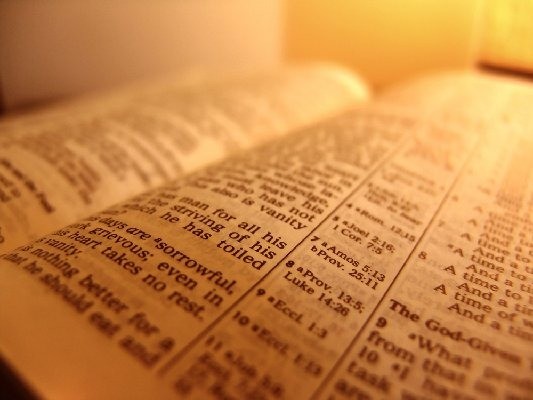 When you enlist in the United States Army, you give an oath, that goes on these lines, “”I, _____, do solemnly swear (or affirm) that I will support and defend the Constitution of the United States against all enemies, foreign and domestic;” In their mind, enemies not only come from the outside, but also from the inside. Do you remember the saying, “better the enemy you know than the one you don’t know”? And it gets worst; do you remember this other saying that goes “Sleeping with the enemy”?

From a Christian point of view, we still have enemies. The first thing that comes into our minds are the other world religions such as Islam, Buddhist, Atheist and many, many more other religions. But we seldom stop and think about those enemies within our ranks (are you looking over your shoulder?)

Of course, my sermon today is not to infuse you distrust with other members of the congregation, but to remind you to be aware that Jesus prophesied that false prophets would come in his name to confuse his people, cf. Mat. 24:5; Mk. 13:6; Lk. 21:8 and Jn. 5:43 (this last one, although it says that another will come in his own name, nevertheless comes to deceive the Jews). Paul also warns the brothers at Ephesus about the impending problem, and also reminds those at Galatia about it,

Galatians 1:6I am astonished that you are so quickly deserting him who called you in the grace of Christ and are turning to a different gospel— 7 not that there is another one, but there are some who trouble you and want to distort the gospel of Christ. 8But even if we or an angel from heaven should preach to you a gospel contrary to the one we preached to you, let him be accursed. 9As we have said before, so now I say again: If anyone is preaching to you a gospel contrary to the one you received, let him be accursed.

There are more warnings like these in Paul and in other writers of the New Testament that we will see, but these warnings should be enough to give us a chill up our spines as to the seriousness of this problem.

If you play with heresy, you are toying with your own salvation!!!

Let us learn from Paul’s farewell to the Ephesians, what a minister is to carry out his ministry within the church, how we can avoid being deceived, and therefore, stand firm in the Gospel.

What should a pastor say when he farewells his congregation? I told you so? Shot his last salvo at the congregation? Start talking of all the great things that he had done for the congregation?  Paul had stayed at Ephesus for two years, cf. Acts 19:10.  Many things had happened during this stay.  He had prayed for 12 twelve men at Ephesus and they received the Spirit, cf. Acts 19:1-10. Clothing that had touched him was used to heal the sick, cf. Acts 19:11-12. And because of the Gospel Paul was preaching, the whole city was burning the books that they used for magic, cf. Acts 19:18-20. Indeed, Paul had much to say in his farewell to the elders of Ephesus.

But Paul does not dwell in the great things that were done through him. He rather, focuses on the message he proclaimed.

Sometimes we remind ourselves of past pastors, that visited us a lot, who took care of us as members of the church. I am sure that Paul was a good pastor that cared about the churches. But how many of you remember a pastor whom you can say to yourself, “he preached the word of God totally, without being afraid to proclaim the truth?” We tend to remember the pastor for what they do, not for what they say.  Yes, actions speak louder than words, but I have seen very gentle pastors, very loving pastors, that end up telling their congregations that all is all right, that all religions take you to heaven, just that we are Christians, and God has put us in this “faith” so we can follow Him.

If you are fond of a pastor who was very good to you, yet, did not preach the Gospel, my brothers and sisters, you are being a friend of an enemy of the faith. We have read that Paul calls them to be accursed!!!!

After recounting his ministry to the elders, Paul now gives them a warning. It is a bold thing to be able to say that he is “innocent of the blood of all of you”. How would you feel if a pastor tells you that? You may think, who does this guy think he is? However, that’s how serious the pastoral work is for Paul, IT’S A MATTER OF LIFE OR DEATH.

Paul did not shrink (NIV hesitated; Amplified Bible, for I never shrank or kept back or fell short) from declaring the whole counsel of God. Are there any topics that can’t be touched in our congregations today? If you don’t like what you hear your pastor says, do you come to him, with Scripture to correct him, rebuke him or even show him a better understanding of Scripture???!!!! I Peter 4:11 has been interpreted by some that we should talk according to the Scriptures, cf. Peter Davids, cf. Acts 7:38 and Heb. 5:12. The problem is that when people don’t like something, they don’t bring scripture into play, sometimes, because their previous pastor has not taught them the whole counsel of God!!!!!!

Paul charges the elders to take care of the flock. But notice, he says to them to pay close attention to themselves first, and then the flock. Elder or deacon is not an easy calling. Although we as a congregation vote for our leaders, they are called by the Holy Spirit to do the work!!!

Of great importance for us Trinitarians, is to read what Paul says by whose blood we have been saved, cf. Acts 20:28. Quote this verse to JW when they come to your house, and see what they say.

Paul’s then gives us a warning, cf. Acts 20:29. I’ve been talking in my last two sermons about apologetics. First, I mentioned how we may defend the faith, then, I mentioned some of the religions that oppose Christianity. I would like to say something today about those Christians that think that Christianity is wrong, must change, or else die. As with Paul, he knows that these individuals would rise from among those who say they are Christians. The apostle John gives us similar warnings, cf. Jn. 1 John 2:19, where he calls them anti-Christ.

I am just going to read what Paul writes in II Timothy 3 regarding these people, and you take your pick if you know any of them:

1 But realize this that in the last days difficult times will come. 2 For men will be lovers of self, lovers of money, boastful, arrogant, revilers, disobedient to parents, ungrateful, unholy, 3 unloving, irreconcilable, malicious gossips, without self-control, brutal, haters of good, 4 treacherous, reckless, conceited, lovers of pleasure rather than lovers of God, 5 holding to a form of godliness, although they have denied its power; Avoid such men as these. 6 For among them are those who enter into households and captivate weak women weighed down with sins, led on by various impulses, 7always learning and never able to come to the knowledge of the truth. 8 Just as Jannes and Jambres opposed Moses, so these men also oppose the truth, men of depraved mind, rejected in regard to the faith. 9 But they will not make further progress; for their folly will be obvious to all, just as Jannes’s and Jambres’s folly was also.

The last thing we can see that Paul does is that he doesn’t tell the church to continue with some project he has started. He doesn’t tell them either to keep with a program that the church has been taking for some time under his care. No, he “commends them to God, and to the word of his grace”.

It is very hard to detach oneself from the church where one has given so much. Some pastors may be desperate to leave their congregations, for any reason. Look at Paul, he faced plots against him in the city of Ephesus, cf. Acts 20:19. And these were not plots just to shut him up, they were looking for an opportunity to kill him, Acts 14:19. The disciples may faced a similar faith, so Paul commended them to the only one who could take care of them, God.

Paul also commends them to the Word of Scripture. If we are truly disciples of Christ, we will hold on to his word, just as it has been passed down from Christ, to his apostles, and to us, cf. I Cor. 15:3, Jude 1:3. One problem with today’s church is that we like to introduce innovation to the Gospel, make it more attractive to the masses.  Some say that there’s no hell anymore, so the Gospel does not call them to repent from their sins, (remember, Paul just told the Ephesians elders that that was the very thing he proclaimed, cf. Acts 20:21). Deluding the Gospel to the minimum will not save anyone.

Only by keeping on to the Word, we will receive the inheritance, which is eternal life. Paul’s interest for those who follow Christ to know his word is paramount, look what he says to Timothy, that can also be said to us today, cf. II Tim. 3:14But as for you, continue in what you have learned and have firmly believed, knowing from whom you learned it 15and how from childhood you have been acquainted with the sacred writings, which are able to make you wise for salvation through faith in Christ Jesus. 16 All Scripture is breathed out by God and profitable for teaching, for reproof, for correction, and for training in righteousness, 17that the man of God may be competent, equipped for every good work.

Saying goodbye is never easy.  But as you can see in Paul’s farewell, it is important what is said in order to have a good memory of the person you are farewelling. A minister’s work is valued, his friendship is cherished, and his wisdom is appreciated.  But what Paul is most interested is, if the minister preached Jesus. Anybody can come to charm us, but not all people are willing to proclaim to us the Gospel of Christ, to exhort us to follow a life of holiness, and to be faithful to the faith once and for all given to the saints.

This, my brothers and sisters in Christ, I have tried to do, and it is my prayer, that’s you will remember me by.

A song sang by the Altona Baptist Church music Group, Such Love

Joshua 1 Be Strong and Courageous